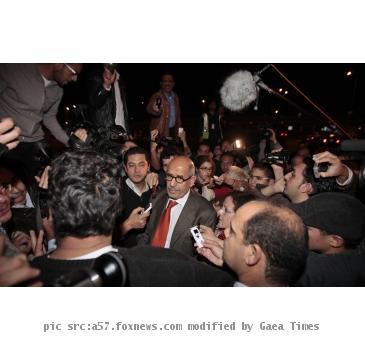 CAIRO, EGYPT (GaeaTimes.com)- In an unprecedented and unexpected development the Internet traffic from and to Egypt has been blocked and the incident has sent sensations across global media. As a result the country with a population of over 80 million people cannot contact the rest of the world now. Only one web service provider is still available and the developments come on the heels of countrywide protests demanding the end of President Hosni Mubarak’s autocratic rule that has been going on for nearly three decades. Renesys an Internet-monitoring firm has witnessed “the virtually simultaneous withdrawal of all routes to Egyptian networks in the Internet’s global routing table.” Its chief technology officer Jim Cowie said in his blog that almost all of the web addresses of Egypt cannot be reached anymore.

Italy-based Seabone which is a leading service provider for the country also admitted this development. The government in Egypt however has denied disrupting Internet service in the country. An Egyptian embassy spokesperson also rubbished the claim that social networking services have been blocked in the country. The cause of this blackout is yet to be known but it is apparent that it is a well planned action not triggered by any technical glitch.

The Noor Group is Egypt’s only Internet provider that is not affected by this blackout so far. The bloggers are saying that it is due to its high profile clients. This move comes after the Egyptian government put a ban on Twitter and Facebook. The experts are worried this is a calculated move by the Egypt government and now the world will not know how it deals with the protesters.

NEW DELHI - India is poised to set up a string of higher education and training institutions in Afri...

Cancer was rare, but it did occur in Ancient Egypt: Scientist

LONDON - In a direct contradiction to a recent Nature article on cancer in Egypt, a Manchester Unite...

DUBAI - The Middle East residents who are the main target audience of Arab television news networks...

Terry says not bitter or angry about losing England captaincy

LONDON - Chelsea skipper John Terry has said that he is not bitter or angry about losing the Englan...

Headless Egypt king statue could give clues to Cleopatra's tomb

WASHINGTON - A headless statue of a Greek king has been discovered in the ruins of an ancient Egypti...

NEW DELHI - Pakistan is a victim of many delusions - a country where the army and civilian leadershi...

WASHINGTON - Egyptian archaeologists have discovered an ancient road lined with sphinxes in Lux...

TORONTO - Islamists are secretly working to build a "parallel society" in Canada, warns an intellige...

Fishdom fans rejoice! Get ready for the highly anticipated match-3 sequel to the original Fishdom™...
Copyright© 2011 The Gaea Times