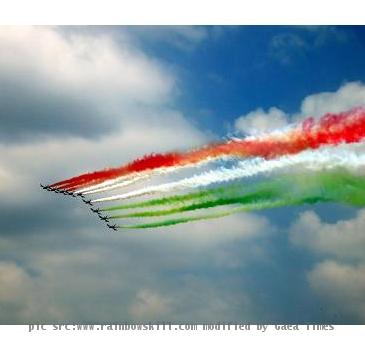 DELHI, INDIA (GaeaTimes.com)- Owing to the Republic day dress rehearsals that took place on January 23rd 2011, the residents of Delhi had to put up with some disruptions in commuting. The two stations Udyog Bhawan and Central Secretariat were made unavailable for commute for the residents till 12.30 pm. These two metro stations are adjacent to Rajpath and that is why this decision was taken. A DMRC official said on the metro route disruption earlier “Normal Metro train operations will resume after 12.30 pm. The changes have been made as per advice from the Delhi Police”. However, the metro services in the other routes ran unaffected. India celebrates its Republic Day each year on January 26th and elaborate rehearsals are arranged before the day.

Apart from Delhi Metro the airspace over the Indian Capital will be closed on January 24th and 26th 2011 for an hour as it has been reported. This will be required for the IAF aircraft fly past over the airspace. Even on January 23rd Full dress rehearsal for celebrating Republic day was held and same airspace restrictions were in place. It has been reported that the President of India, Pratibha Patil will unfold the national flag on January 26th and thereafter she will receive the salute of the army contingents. A number of politicians will also be there.

Security will be high in everywhere in the national capital on January 26th. Susilo Bambang Yudhoyono the president of Indonesia will attend the ceremony and giving him company will be Indian PM Manmohan Singh. The Republic Day Parade will also be broadcast on national TV networks as usual.

GUANGZHOU - Indian cyclists Mahita Mohan and Pana Chaudhary finished 20th and 26th in the women's in...

SAN FRANCISCO (GaeaTimes.com)- With Black Friday approaching the customers and retailers are bec...

SAN FRANCISCO (GaeaTimes.com)- As Black Friday is drawing closer the giant US retailers are leav...

SAN FRANCISCO (GaeaTimes.com)- The shoppers are waiting for Black Friday and with almost all of ...

SAN FRANCISCO (GaeaTimes.com)- The excitement and enthusiasm of the shoppers surrounding the...

NEW DELHI - A sharp fall in India's industrial output in the last two months is an aberration and th...

Economy can growth at double-digit in two years: Mukherjee

NEW DELHI - The Indian economic growth will soon grow at 9 percent ammually and even move to double-...

GUANGZHOU - Indian guns blazed on the opening day of the shooting competition of the Asian Games as ...

GUANGZHOU - The Indian women had a flawless start in the Asian Games hockey event outclassing Malays...
Copyright© 2011 The Gaea Times