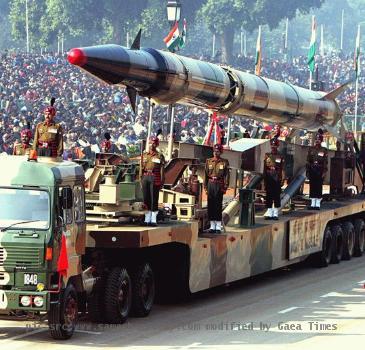 DELHI, INDIA (GaeaTimes.com)- In the capital of India elaborate security arrangements have been made ahead of the 62nd Republic Day celebrations and Delhi Police along with a huge number of paramilitary personnels will keep a strict vigil on the city. The transit points including the airport and Railways stations have been wrapped in security blankets and metro services will also be curtailed tomorrow, as it has been reported. The cops have inputs that extremist groups like the Indian Mujahideen and Lashkar-e-Toiba have plans to strike in the capital at selected Pizza joints and also at the Delhi University on Republic Day. If the intelligence inputs are to be believed a group of militants have sneaked in to India via Sea route and they are eying ares visited frequently by the foreign diplomats. As a result the cops have tightened security at the Pizza joints in the capital.

The intelligence inputs also reveal that these extremist Islamic militant groups along with outfits like Babbar Khalsa International have leading politicians of India in their hit list. The prime targets include Prime Minister Manmohan Singh, BJP leader L K Advani, home minister P Chidambaram and Congress president Sonia Gandhi. The security inputs have also revealed that this time the militants can make use of special serrated knives that can give the metal detectors a skip during Republic Day attack. These knives can be hidden in shoes as well.

The police are apprehending trouble on Republic Day in the capital as there is an information that 90 kilos of RDX and explosives have been brought into India via northeast. The group IM is likely to create trouble.