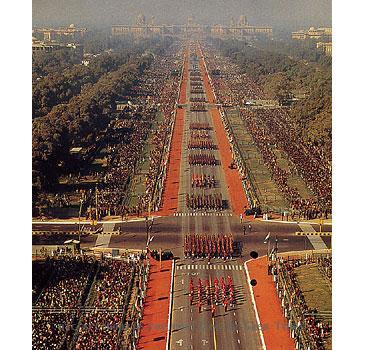 DELHI, INDIA (GaeaTimes.com)- The capital is gearing up for the upcoming Republic Day celebration tomorrow and the entire city has been put under stringent security scanner. Tomorrow transportation is going to be affected in Delhi and paramilitary forces have joined the patrolling with city cops. However, that does not mean that the residents and students in Delhi will refrain from celebrating the 62nd Republic Day in their own way. The Delhi University is said to be on the radar of some extremist terrorist outfits and security cover has been stepped up in the adjacent areas. Meanwhile the foreign students studying at the Jawaharlal Nehru University are planning to celebrate the occasion with the delicacies of their own countries. This is indeed a unique way of celebrating the occasion.

As a matter of fact every year thousands of foreign students apply to enroll for courses in the prestigious university. The news was confirmed by the Foreign Students’ Association of Jawaharlal Nehru University. The foreign students of the university will make the traditional cuisines of their respective countries. They will offer the delicacies to the local students and their faculties as well. It is also expected that several Foreign dignitaries from various embassies in the capital will visit the special food festival. The food will not be the sole attraction but there will be provisions for international music as well on republic Day.

This annual festival is meant for improving the bond between the foreign and National students. This occasion on the eve of Republic day will also result in cultural exchanges between India and other nations.