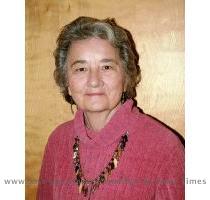 PITTSBURGH, (GaeaTimes.com)- “Bridge to Terabithia”, one of the most celebrated children’s novels written by Katherine Paterson, was written in 1977. Since then, it has been an undisputed bestseller for almost three decades. Many event have acclaimed this book and the writer since then. The latest event, that paid an ode to “Bridge to Terabithia” is the Fall Festival of Children’s Books, held in the Carnegie Library of Pittsburgh Lecture Hall this weekend.

Fall Festival of Children’s Books, is an event, that provides an interactive platform to children, parents and teachers, to discuss their doubts and opinion with well known children authors. This Year’s event was attended by Marla Frazee, E.B. Lewis and Elizabeth Coleman, apart from Katherine Paterson. “Bridge To Terabithia”, was however one of the most talked about, as it is not just a book for the sake of reading, but has also been incorporated as a rapid reader in several schools in many countries like Ireland, Australia, Canada, New Zealand, United Kingdom, and the United States. The book is also regarded as one of the most controversial children’s book, and is included in the American Library Association list of the 100 Most Frequently Challenged Books for the decade 19902000.

“Bridge to Terabithia” deals with a young boy, Jess Aarons, who is a fifth grader. However, unlike other fifth graders, he is very shy, introvert and disturbed, who does not like to socialize. As you flip through the book, there emerges a huge transformation in the character of the boy and he evolves as a smarter and a more confident kid. This is because, he meets his new neighbor, Leslie Burke, a more gregarious, sociable and smart tomboy, who brings about a change in him. This book has been adapted into two movies and it has a theatrical version too.