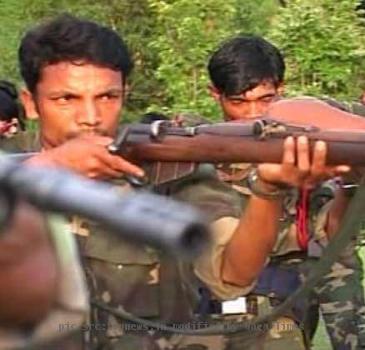 GUWAHATI, INDIA (GaeaTimes.com)- As the country gears up to celebrate the Republic Day on January 26, the north-eastern part of India is shrouded in veil of security in the wake of increasing threats from the separatists groups to boycott the day. Security has been beefed up in most of the states of the north-eastern region of the nation to avoid any kind of untoward incident. As may as six militant outfits including ULFA have called for complete boycott of the Republic Day festivities while also calling a strike for few hours on January 26.

While talking to reporters about the issue, Tarun Gogoi, the Chief Minister of Assam said that the security forces in the state have been put under high alert to ensure that the separatists groups are not successful in creating any ruckus and instigate violence during the Republic Day celebrations. The six militants groups which have called for the boycott, gave the declaration that the Republic Day would be marked by a general strike in the North-East, through a statement that was sent via e-mail to various media outlets. The security measures in important junctions across the states of Assam, Manipur and Tripura, among others have been increased amidst fears that the rebel groups would be carrying out violent acts to disrupt the celebrations of Republic Day. The North-east Frontier Railway has also terminated the services of a number of trains in the states on January 26.

The declaration by the north-eastern militant groups to boycott the Republic Day celebrations is nothing new as for years, the separatist outfits have refrained from supporting the national events to showcase protests against the Central government’s rule over the region.