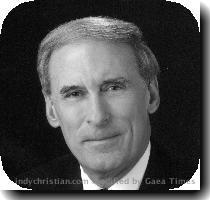 Indianapolis (GaeaTimes.com)- Republican candidate and former lobbyist Dan Coats has fond his way back to the senate after defeating Democrat Brad Ellsworth and Libertarian Rebecca Sink-Burris on Tuesday. He succeed Democrat Evan Bayh.

After the announcement of the results, Dan Coats said that it was a night to celebrate but the next dawn brings responsibilities. He addressed the large crowd and said that they are his real ‘responsibility’. He added that he had been hired by the people of Indiana to stop reckless spending, to fight for national security and to fight against the government that has taken over health-care and to fight for every job that Indiana lost. Dan Coats had left the senate back in 1999. Reports suggest that he decided to run again this year because he was disappointed by the way the Democrats were ruling the country.

Exit polls indicated that the people of Indiana were worried about the struggling economy of the state and were not much impressed by President Barack Obama’s policies. Experts say that this played a crucial role in Dan Coats’ win. Dan Coats was an important bet for the Republicans in order to get their 10 seats that would allow them control the senate. Brad Ellsworth said in an interview after the results came out that he had absolutely no regrets as he and his party knew that it was an uphill climb. He said that he was looking forward to going home and spending some idle time and also getting re-acquainted with the family dog.