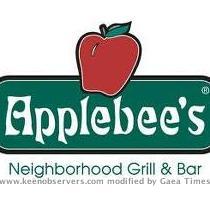 SAN FRANCISCO (GaeaTimes.com)- Some industries not only aim to make business, but also indulge in social causes with a philanthropic attitude. The Applebee’s Neighborhood Grill and Bar restaurant chain can definitely be regarded as one of them. The food chain offered free food and beverages to the US Army officials and other veterans to pay a tribute to them in their own way on the Veterans Day yesterday.

All over the nation, they validated the offer, where every US Army officials and their family members could make full use of the day which is dedicated especially to them. The army members and the veterans only had to produce their identity proof in the counters of the restaurant in order to get the yummy treats for themselves and their family. It was seen that almost all the Applebee’s Neighborhood Grill and Bar restaurants were flocked with the army officials and their family members to have a good time, which they are generally deprived of. Ellis Hanks of South Georgia, served the US Army for a log 21 years. He came with his wife to enjoy the free meal on Veterans Day. He said that it gives him immense pride to be recognized for his profession.

The Applebee’s on Veterans Day offered special healthy delicacies like 7 oz House Sirloin Steak, Fiesta Lime Chicken, Double Crunch shrimp, Chicken Tenders, Bacon Cheeseburger, Oriental Chicken Salad, Three-Cheese Chicken Penne and Chicken Tenders. Although they were a bit high on calories, the health conscious veterans did not mind gorging them for the special occasion. However, if they wanted less calories, they could also go for Sirloin Steak. The offer started at 10:00 AM and continued all through out the day.