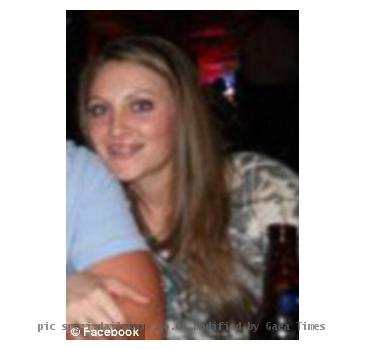 ARMILLO (GaeaTimes.com)- Lynsie Murley probably faced the most humiliating moment of her life in 2008 when allegedly, the Transportation Security Administration in Texas exposed her breast in front of everyone at the Corpus Christi airport, as they wanted to conduct a search on her. For two years she has been living with this humiliation but now it seems that she would receive her share of justice, as she will get a ‘nominal’ money from the government as part of the legal settlement.

Lynsie Murley filed an accusation against the TSA for “negligence and intentional infliction of emotional distress” that year for the way the authorities treated her in front of everyone in the airport. She said that the authorities in the airport ’singled’ her out in front of everyone to conduct an extensive search on her. She also added that the TSA officials forced her out of the queue, and pulled her top with a sudden force. As a result, her top slipped off her shoulder to such an extent, that it uncovered her private parts in front of everyone who were present at the location. Needless to say, that the 24 year old lady, who was even younger at that time, was left “extremely embarrassed and humiliated”.

However, according to the statements by her lawyer Jerry McLaughlin, Lynsie Murley was not interested in the money. In fact, she would not have filed a lawsuit, had the airport authorities simply given her a written apology and mutually ended the matter. Since the officials did not apologize, she went ahead and filed a case against them. Jerry McLaughlin also said that the government did not give her a good sum of money but he declined to mention the amount that his client received.