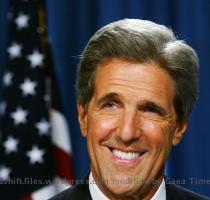 LONDON — In a letter to U.S. officials, British Foreign Secretary William Hague calls the Scottish decision to release the man convicted of the Lockerbie bombing “wrong and misguided,” but says there’s no evidence Abdel Baset al-Megrahi was returned to Libya to facilitate oil deals for BP.

Hague’s letter to Sen. John Kerry, chairman of the Senate Foreign Relations Committee, was released by the Foreign Office Saturday.

Hague says he hopes the information will assist the committee as they examine the circumstances leading up to al-Megrahi’s August, 2009 return to Libya.

Hague says he empathizes with the families who lost loved ones in the 1988 bombing of Pan Am Flight 103. But he says Britain must “address the unsubstantiated rumors that there was some sort of conspiracy involving BP.”