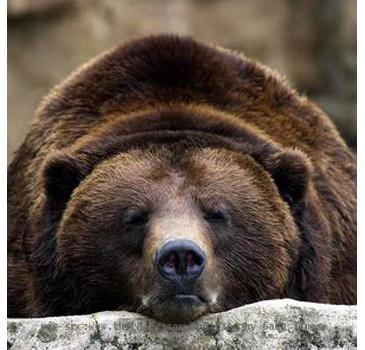 SAN FRANCISCO (GaeaTimes.com)- The uses of bear gall bladder have subjected several innocent animal to rigorous hunting and torture. Until recently, this crime was only limited to some parts of Asia, like China. However, recently some studies have stated that its wrath has reached United States as well, to put the American bears’ life at stake.

Humane Society of the United States have shown that there has been a whopping increase in the number of bear hunting cases in America. These are mainly conducted over America’s black and brown bears, along with Russia’s brown bear. The official website of The Humane Society of the United States has revealed that this is because the gall bladders of the bear has significant uses in treating a number of diseases like fever, liver problems, heart problems, convulsions and diabetes. The bile that is available in their bladder is often used in eye drops and other drugs. Some sources say that this has culminated in the trading of bear gall bladder illegally. A black market has also been created for the same business, which is conducted through illegal trafficking of these organs and selling them to the pharmaceutical industries at a price that may range between $400 to $600. The poor animals are either killed or their gall bladders are taken out through surgery.

The same situation prevails in China too, although with a greater intensity. Chinese officials have reported that there is a black market for the bear gall bladders, because of their medicinal uses. He also said that this black business yields big bucks, through international smuggling. The illegal goods in this operation, reportedly, travel from West to East. China is witnessing an increase in bear hunting in the recent years.

SEOUL - North Korea blamed South Korea for starting an exchange of artillery Tuesday across their bo...

WASHINGTON - A 1,800-year-old bathhouse was discovered prior to the construction of a men's mikveh (...

The most common myths about exercise

LONDON - Sweating it out in the gym by doing those painful sit-ups for a six-pack? Well, it may not ...

LAHORE - The Rental Power Plant agreement that Pakistan has signed with Turkey is the most expensive...

LONDON - Neolithic engineers may have used ball bearings in the construction of Stonehenge. The...

NEW DELHI - The Pakistan Government has so far not been able to acquire the land for Baba Guru Nana...

JERUSALEM - The Israeli military has condemned British activists for the publication of names and ph...

WASHINGTON - The man who was attacked on Facebook by Willow and Bristol Palin has refused to accept ...

None found guilty will be spared: PM on 2G scam