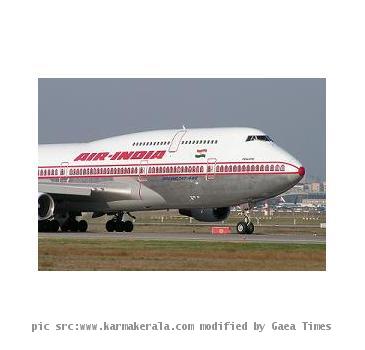 COCHIN, INDIA (GaeaTimes.com)- The passenger arriving at the Cochin International Airport on Friday had a harrowing time before they could catch their flights to various domestic and global destinations. They were put in trouble by the inordinate delay in travel document processing by the emigration wing of the airport. The delay was caused by the scarcity of staffs at the airport’s emigration wing, it has been reported. The flights headed for foreign destinations were getting late for the last few days owing to this issue. The Airlines that were affected by this delay at Cochin airport include Gulf Air, Kuwait Airways, Emirates, Air India, among others.

The problem has worsened owing to the heavy passenger turnout at the Cochin International Airport. The queues are becoming serpentine in front of the airport’s emigration section. The staffs at the emigration department are now being compelled to work over time and the incessant work is taking a toll on their performance. The emigration personnel are locked in a tussle with the airport authorities over the withdrawal of double duty. To add to the woes, six emigration staff have been shifted to Kozhikode airport temporarily to cope with the passenger rush for Haj. This has made the situation worse at the Cochin airport.

More than 15 emigration staff of Cochin International Airport have taken medical leave at the same time. The passengers as always are at the receiving end. The issue has come into the notice of the Home department and a probe is on the way. The airport authorities are planing to implement steps to eradicate the staff shortage related problem which are affecting the flights.