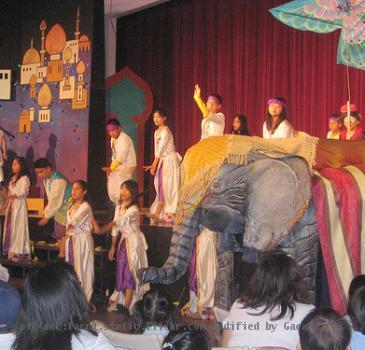 FLEETVILLE (GaeaTimes.com) — Tomorrow, Fleetville Junior School is going to perform a musical version of Aladdin under the guidance of drama company Perform. Today was the final dress rehearsal of the show which will be shown in two hour sections over three days.

It has been fantastic. The ensemble cast has done wonderfully. They had to learn two songs and a whole script in just a couple of days. They have all done really well.

According to him a live pianist will accompany the young performers during their performance. Although some of the performers couldn’t make it to the dress rehearsal due to bad weather, but the school authority is hopeful that all of the 21 participants will be there for the live shows.