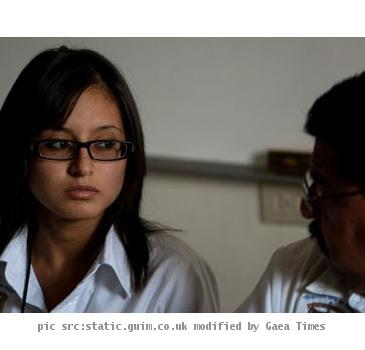 PRAXEDIS GUADALUPE GUERRERO, MEXICO (GaeaTimes.com)- It does not come as a surprise that 20-year-old Marisol Valles Garcia is being considered to be one of the bravest woman in Mexico. The young mother of one has stunned Mexico by accepting the position of the police chief of the disturbed Praxedis Guadalupe Guerrero town in the northern part of Mexico which is known to be a haven for drug-trafficking where violent encounters between rival gangs is a daily occurrence. The post of the police chief of the Mexican municipality had remained vacant since the month of July last year when the head of the police force of Praxedis Guadalupe Guerrero was gunned down.

With police officers being abducted and even killed every other day, taking up the responsibilities of the police chief in the drug-plagued region is considered to be nothing short of a death sentence. However, the violent condition of the Mexican municipality was not enough to deter the 20-year-old criminology student who is determined to restore peace and security in Praxedis Guadalupe Guerrero despite the odds. Jose Luis Guerrero, the mayor of the town has told reporters that Marisol Valles Garcia was elected for the post of head of the police forces as she was the only one to accept the position.

After being sworn-in as the police chief on Wednesday, Marisol Valles Garcia would now head a team of 13 officers, nine of whom are women. The new police chief revealed in the press conference held on Wednesday that she wants to assign her agents to talk to families in neighborhoods with the aim of promoting civic values, apart from combating drug trafficking.