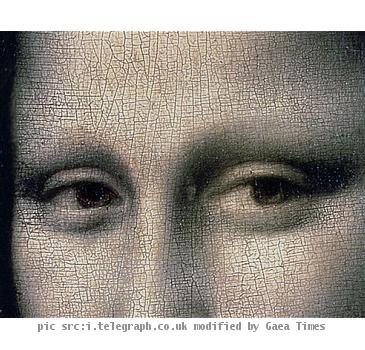 ROME, ITALY (GaeaTimes.com)- In a rather startling revelations, researchers in the Italian capital of Rome have pointed out that the muse that was used by the Renaissance artist Leonardo da Vinci to create one of his masterpiece, Mona Lisa might be a male. The possible male inspiration behind the intriguing portrait was unearthed by a group of art historians in Italy after carrying out extensive research through high definition tests of the portrait, that has fascinated art experts for centuries. The research, the findings of which were made public on Wednesday, divulged that the muse used for the iconic painting was not the Italian woman Lisa del Giocondo but was one of Leonardo da Vinci’s long-associated companion and possible lover Gian Giacomo Caprotti, who was also known as Salai.

As one might anticipate, the revelation that the main inspiration behind Leonardo da Vinci’s all-time masterpiece might have been a male, has shocked many art veterans who have toiled for years to give some concrete evidence to the innumerable conspiracy theories as well as speculation surrounding the portrait. However, the claim of the Italian researcher that Gian Giacomo Caprotti was the muse used for creating Mona Lisa have been brushed away by the art experts of Louvre Museum in Paris, which has stressed that the research was carried out without any access to the masterpiece.

In the meanwhile, Silvano Vinceti, one of the main researchers has revealed that Gian Giacomo Caprotti was an effeminate young artist who worked with the Renaissance artist for 25 long years and was a model for numerous paintings by Leonardo da Vinci’s.

Half of Italians have extramarital affairs

Rome, Oct 27 (IANS/AKI) Half of married Italians have had affairs and the number is growing, accordi...

How to tell if he's your Mr. Perfect

MELBOURNE - How do you tell if the man you are observing is the one for you? Gian Gonzaga, dating we...

SHIMLA - Prices of superior quality apples have firmed up marginally ahead of the festival season, b...

Five held for fraud in Chandigarh

Rome, Sep 1 (IANS/AKI) The head of a 15th century statue of the Virgin Mary that was reportedly stol...

LONDON - A British civil servant is suing his government department for 300,000 pounds after he fell...
Copyright© 2011 The Gaea Times