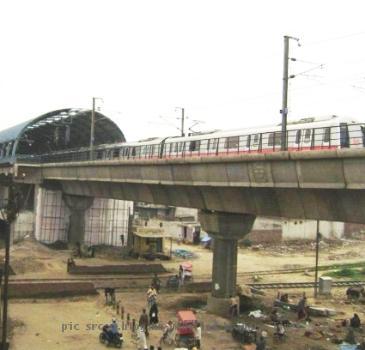 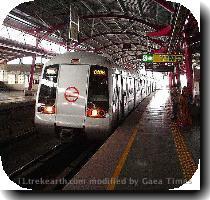 NEW DELHI, INDIA (GaeaTimes.com)- Metro commuters in New Delhi were in for a harrowing time earlier this week when a glitch in the signaling system delayed the metro services on the busy Noida line. Owing to the considerable delay in the metro services on Tuesday, the stations became extremely over-crowded within a short span of time, as the commuters struggled to board the trains in a bid to reach their destinations. Especially the metro stations at Akshardham, Rajiv Chowk as well as Laxmi Nagar witnessed extensive over-crowding as the people jostled with each other to reach their workplace.

An official of the Delhi Metro later told reporters that the trains were running late on Tuesday morning following a signalling problem which affected the metro services between Dwarka and Rajouri Garden junctions. The metro spokesperson also went on to reveal that the signaling issue resulted in the slow movement in the train services between the two stations, ensuring that the commuters have a rather distressing experience during the entire ordeal. However, after the officials tried their best to fix the problem, normalcy was restored between the junctions although commuters allege that the services continued to remain disrupted till late Tuesday.

Passengers who boarded the train on Tuesday said that even after the Delhi Metro services were resumed, the trains were late as they stopped at the stations for more than the stipulated period of time. However, this is not the first time this month that the Delhi Metro services have been disrupted due to a technical problem as on January 10, the trains were delayed for some time owing to a technical glitch.

French tourist town to dedicate 2012 as the Year of India

NEW DELHI - The Dalai Lama, the spiritual leader of six millions Tibetans and a global icon of peace...
Copyright© 2011 The Gaea Times