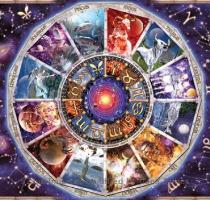 SAN FRANCISCO (GaeaTimes.com)- The news of the new sun signs that has come to light has raged a controversy between astrologers. While some are claiming that the actual alignment of the stars have changed due to the Moon’s gravitational pull on the Earth, others have remained busy in comforting thousands of confused people who feared that their zodiac signs might have changed.

Astrologer Georgia Nicols says that people are getting panicked without sufficient cause since the sun signs have actually not changed. She said that the whole buzz is not actually something new since Ophiuchus’, the supposed new zodiac sign is not something new for the astrologers. Many astrologers are claiming that the whole controversy is an unnecessary hype since sun signs all over the world is based on two formats. While some follow the tropical concept of zodiac, others abide by the sidereal concept.

ISLAMABAD - Despite stiff opposition from allied parties and the opposition, the Pakistan government...