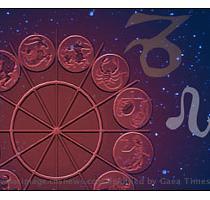 SAN FRANCISCO (GaeaTimes.com)- Ever since the news of the new changed zodiac has hit the headlines, tattoo parlors owners have re-kindled hopes of huge profits in their business. A well known daily recently shocked many as they reported that zodiac signs with which we identity ourselves is actually wrong. The news source reported the change of the zodiac by saying that our birth signs ought to be different since our birth dates are out of date by a gap of few years.

The change they have reported is apparently showing a precision in the zodiac signs which ushered in panic for thousands as they are left wondering what to do with the new signs. Many people are disappointed for not being able to accept the change of the zodiac signs with which they have associated themselves for years. The news set the Internet on fire as individuals started pouring their confusions one by one. Users on different social networking sites ranging from Twitter, Orkut to Facebook and others had started discussing about the zodiac tattoos which they got inked in their bodies for a sense of identification.

While many are confused about what they should do with their zodiac tattoos in the wake of the new reported zodiac signs, some have already stated that they will get them removed and instead opt for the new ones which means tattoo parlors are soon to witness a good amount of customers. Some astrological experts, however, have stated that Westerners need not feel any sense of insecurity as the new zodiac signs is related to the sidereal zodiac followed in the East.

ISLAMABAD - Despite stiff opposition from allied parties and the opposition, the Pakistan government...