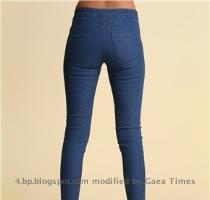 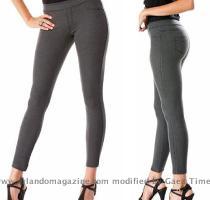 LOS ANGELES (GaeaTimes.com)- Bravada International has announced that its Jeans+Leggings concept, ‘Jeggings‘ has been an instant hit and the company has launched three new styles of the clothings. The three new styles have been showcased in the official website of the company and are called the Princess Jeggings, The Midnight Jeggings and the Vixen Jeggings.

Bravada had recently launched the Stretch Active Jeggings which are a pair of jeans that are stretchable like leggings. The fashion became a rage among the fashion conscious and celebrities alike as the women who wore them felt more comfortable than being in a jeans in spite of appearing to carry off one. The fashion forward variety of jeans have been made with the help of a special spandex weave that provides the right amount of stretch and performance. The Bravada Jeggings also provide body contouring and form support by highlighting the key areas of a woman’s body like the butt and the hips. To add to the comfort factor of the Jeggings, the body-fabric synchronicity technology provides the ultimate comfort without the hassles of pinching and constriction.

Bravada said that the main reason behind the success of the Jeggings has been their focus on the quality of the clothing that they produce. The company has also added in the statement released that it aims to produce high-quality fashion wear for women at affordable prices. For women in plus-sizes there is not much to worry about as the Jeggings come in those sizes as well and one can also choose between various styles that includes high-waisted style which is quite a fashion rage now.

POMONA (GaeaTimes.com)- The Automobile Club of Southern California NHRA Finals, which have too...

MELBOURNE - After the skinny jean, the latest pants to take the fashion world by storm are the jeggi...

LONDON - The increasing popularity of Internet has led to the inclusion of 'Tweetups' and 'unfrien...