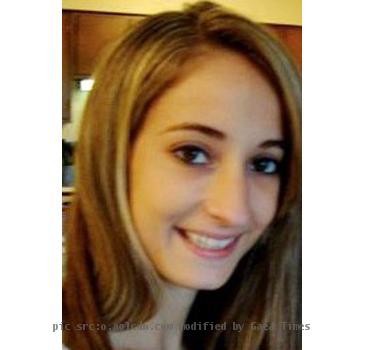 LIVERPOOL (GaeaTimes.com)- A 20 year old New York girl Jenni-Lyn Watson has been reported missing since last Friday. The search teams, law enforcement officials are leaving left no stones unturned to find the missing girl. Jenni-Lyn Watson returned home for Thanksgiving Break from Pennsylvania but suddenly disappeared from her home. Her family informed police after they could not even contact them on Friday night. For her family members, it was an “uncharacteristic” of Jenni-Lyn Watson to leave home without notifying before.

The Onondaga County Sheriff’s Department said that on Tuesday the search team found out Jenni-Lyn Watson’s cell phone near the Woodard Industrial Park in Clay, N.Y. The search team’s investigation is presently based on her cell phone’s records. A reputed media source reported that a Facebook page to search for the missing girl has been set up to receive information about the missing girl. Devin Ruic, who is a close friend of Jenni-Lyn Watson said that the latter told him before that she feels that somebody is following her. He also said that it is somewhat shocking that she was at her home in the morning but at noon she disappeared!

Undersheriff Warren Darby said that the search team is doing its best to find out Jenni-Lyn Watson. The law enforcement officials are looking into all the aspects of the case so that Jenni-Lyn Watson returns home safely. However, the law enforcement officials have asked Jenni-Lyn Watson’s family and friends not to interfere in the investigation of the police. An advertising agency is presently using its electronic billboard at Syracuse area in seven locations. The police is now investigating if there is any foul play involved.