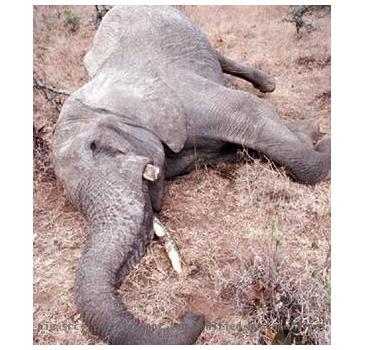 HARIPURA - An elephant, suffering from a stomach ailment died in the forests near Surat in Gujarat.

According to the district forest officials, the elephant named Madhubala, was being taken to Maharashtra and on the way in Haripura village, it had an attack of stomach spasm.

“The owner of the elephant had to take the elephant from Madhya Pradesh to Maharashtra. But on the way, in Haripura village suddenly it was out of control. This was because of some ailment in the stomach,” said F. L. Cobo, Forest Officer, Surat.

The ‘Mahout’ of Madhubala said that the elephant went on rampage in pain and the doctors were immediately called to treat her.

“It had pain in the stomach. Then we gave it water to drink. After drinking water, it was trying to run. Then the doctor came and gave tranquilisers,” said Babloo, ‘Mahaout’.

The locals gathered around the body of the elephant and performed last rituals.

According to the recent elephant census, the coastal state of Orissa has about 57 per cent of the elephant habitat overlapping central and eastern regions of India.

However, the first ever comprehensive elephant census data published in 2005 showed a steep drop in the numbers to just 21,300. By Dharmesh (ANI)